Vaccines and Autism – What We Know 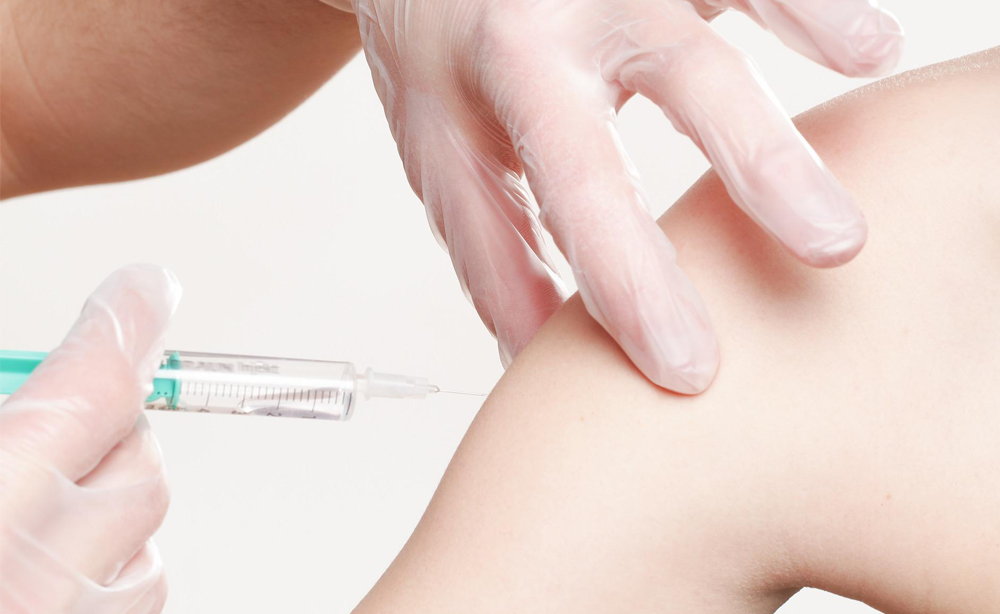 Vaccines are a routine part of child medical care, but many parents face concerns that these routine vaccinations are unsafe and can even cause certain medical conditions in children, such as autism.  So when did the concern that vaccines cause autism start? What do we know about vaccines and their connection with autism? Read below to learn more.

Vaccines and Autism: Where the Controversy Started

The idea that vaccines cause autism can be traced to a few sources beginning in the 1990’s.. For one, British researchers published a document in 1998 stating that the MMR (measles, mumps and rubella) vaccine could cause autism. Because there was a notable elevation in the number of children being diagnosed with autism at that time, the paper received a great deal of publicity.

Not long after the 1998 study with MMR and many other studies supporting that vaccines do not cause autism, a new concern emerged regarding the ingredients used in some vaccines:  thimerosal. Thimerosal was, at the time, used to thwart the growth of fungi or bacteria in vaccines, and the agent contained fractional levels of mercury, something that was obviously concerning to medical providers and parents alike. While thimerosal was pulled from all child vaccines by 2001 due to the mercury present, no scientific evidence or study every suggested that thimerosal could cause autism.

What do we know about vaccines and autism?

Numerous scientific studies have examined vaccines and their ingredients to determine whether vaccines could cause autism. To date, these research efforts have not been able to identify a link between vaccines and autism.

In 2015, the largest study to date was published by the Journal of the American Medical Association. Researchers extensively analyzed 95,000 health records of children — including 2,000 children already being at risk of autism due to other underlying factors. The study did not find any link between the MMR vaccine and the risk of ASD.

At least 25 other studies have examined a host of other possible links between vaccines and autism. Researchers have looked at several aspects of vaccine safety in children and how those safety concerns could be linked to autism.

Some of those research efforts have been on factors such as:

None of these studies were able to point out a link between vaccines and autism or conditions related to autism. The American Academy of Pediatrics compiled an extensive list of studies on vaccine safety and autism, but the list is not exhaustive. Each vaccine — existing and already in use and those in development — are continually being tested for safety and effectiveness.

What do we know about the causes of autism?

While at this time, no single cause of autism has been identified by researches,  medical professionals have identified a significant number of risk factors that can make a child more likely to have the condition. These risk factors all appear to be genetic or environmental in nature.

Autism seems to run in families, which suggests a genetic factor. Certain familial genes and gene changes may heighten the risk that a child develops autism. Though people can have the genes that have been noted as risk factors for autism and never have the disorder. It is also worth noting that genetic changes can happen spontaneously during the initial stages of embryonic formation.

A few environmental risk factors for autism include:

Risks should never be misconstrued as causes for autism. Neither environmental nor genetic risk factors definitively cause autism.

While there are many who believe that vaccines do cause autism, there is no research based or scientific evidence at this time to suggest a direct link between vaccines and autism.  Parents should be aware that vaccinations are an ever-important and consistently safe way to help ensure the health and well-being of their children.

For an appropriate autism diagnosis, it is important to work with a qualified professional who specializes in autism spectrum disorder and knows the true signs of the condition. If you believe your child has autism or need to know more about the disorder, contact us for information. 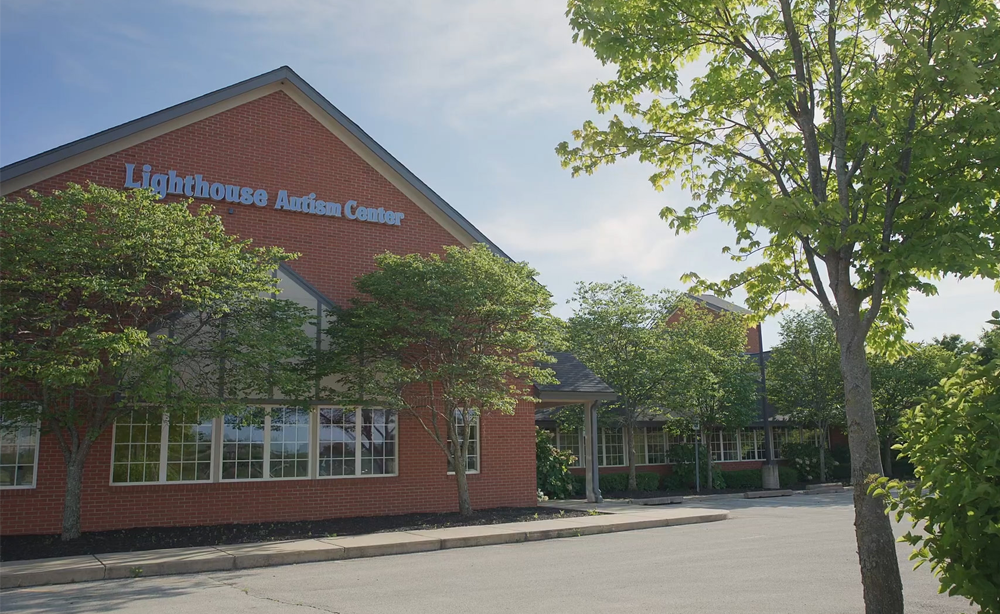 The design of the Noblesville center will be consistent with other Access Together with Lighthouse Autism Center centers and will include curated materials and inspired spaces to promote language and learning.  The space will feature therapeutic areas to enhance skill acquisition in older learners without intensive behavioral needs.  Most importantly, the new clinic will house talented practitioners trained in typical speech and language development in addition to behavior analysis.

With an abundance of natural light, high ceilings, a gated outside play area, and plenty of parking, we have no doubt this center will be a beautiful and warm space where children are able to learn and thrive! 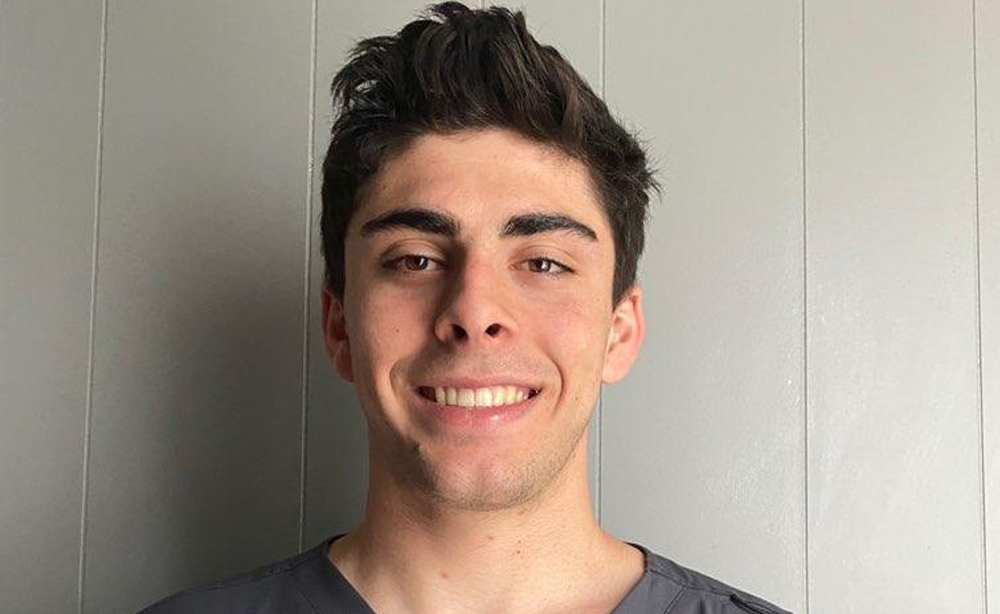 In 2020, Lighthouse Autism Center established the Lighthouse Autism Center Autism Awareness scholarship. This scholarship is intended to provide financial assistance to an individual enrolled at a college or university as an undergraduate student in their junior or senior year, preferably in an area that we currently serve. While we had many impressive applications, Kaveh  Moaddeli was selected as the awardee for this scholarship.

Kaveh currently attends Monmouth College where he is studying pre-med and plays water polo. Originally from California, Kaveh has a rather unique upbringing that has led him to where he is today.

The son of immigrants, Kaveh grew up  living on a small boat in the harbor when his family could not afford a home. With a passion for water polo, he would travel into shore each day at 5:00 am to attend practices. His perseverance and commitment to his education and his team led him to Monmouth where he now studies pre-med and hopes to be an EMT.

During the summers, Kaveh returns home to California to teach surf lessons to children in his community. This past summer, he had the opportunity to connect with a boy who has autism who wanted to learn to surf. While he had never worked with a child who had an autism diagnosis before, Kaveh says it was one of the most enjoyable and rewarding experiences he has had teaching.

The Lighthouse Autism Center Autism Awareness Scholarship is open to junior or senior students enrolled full-time at a college or university. Preference will be given to those who reside in the areas that we serve (please click here to view a full list of center location). Preference will also be given to students studying psychology, special education or a related field.

The Lighthouse Autism Center Autism Awareness Scholarship is open to junior or senior students enrolled full-time at a college or university. Preference will be given to those who reside in the areas that we serve (please click here to view a full list of center location). Preference will also be given to students studying psychology, special education or a related field.

Part 1:  Submit a one-page personal statement. This should include information about any work experience, internships, or volunteer activities you may have participated in. If applicable, please include any experience you may have with special needs families.

Learn More Get in Touch