Lighthouse Autism Center uses the Verbal Behavioral branch of Applied Behavioral Analysis. Verbal Behavior (VB) is derived from the same philosophy of behaviorism, employs the basic scientific methodology and is concerned with the development of an individual’s socially and educationally significant behaviors. 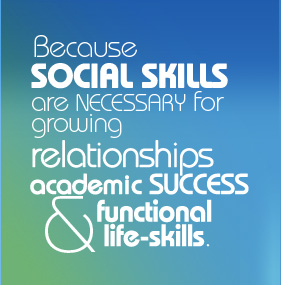 Its examination stresses the use of language in the environmental context within a verbal community.

The research and practices of Verbal Behavior Therapy is based on the book Verbal Behavior, published in 1957 by a very influential behaviorist B.F. Skinner. Skinner discovered operant conditioning. (Operant conditioning is based on the fundamental idea that behaviors that are reinforced will tend to continue, while behaviors that are punished will eventually end.) Skinner discovered that this is the foundation for learning for all living organisms. While the analysis of verbal behavior is extended from lab experiments of operant conditioning, it involves not only the environmental variables but also the behavior of other people who also use the same language. In other words, VB operates at the level that both the listener and the speaker are taken into consideration along with any and all other factors in the environment.

VB is different from other language theories that emphasize the cognitive or physiological process inside the living organism. BF Skinner’s analysis of verbal behavior turns the focus to controlling variables in the environment that impact the cause or function of language. This means that VB is not only for vocal verbal language but also non-vocal use of language such as gestures, eye contact, pointing and the use of other nonverbal cues. Verbal Behavior therapy is not too concerned with the forms or structures of language, but these are important in the analysis of linguistics.

The Pros of VB analysis

There are a number of benefits to the Verbal Behavior approach to Applied Behavioral Analysis.

One thought on “What is Verbal Behavior Therapy”