What is Stimming and Why Does my Child with Autism Stim?

Stimming or self-stimulating behavior includes the repetitive actions of twirling or spinning, hand-flapping, head-banging and many other complex body movements. It also includes the repetitive use of an object, such as flicking a rubber band, twirling a piece of string, or repetitive activities involving the senses (such as repeatedly feeling a particular texture). Stimming is often one of the most outwardly signs in Autism Spectrum Disorder. 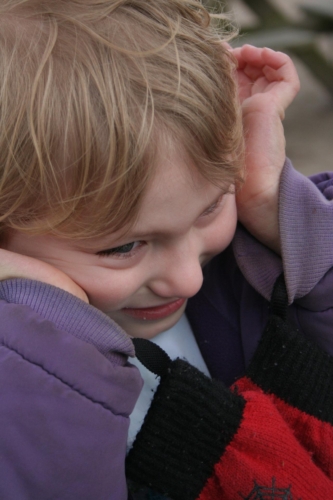 Some of the classic forms of stimming by a child with autism include:

What are Repetitive Behaviors?

Why do children with autism resort to stimming?

Although the activities used for stimming varies from child to child, the reasons behind it may be the same:

Should you be concerned or prevent your child from stimming?

Although stimming can be viewed as disruptive and socially unacceptable, stimming is often very enjoyable and is a way to reduce stress. If the actions of stimming are deemed safe, it should not be stopped or reduced. There may be times that your child will function better if they are allowed to stim. However, in some instances stimming can sometimes be deemed as unsafe.

Sometimes, intense or constant repetitive behaviors prevent children with autism from engaging in important activities, such as learning in school. Occasionally, they can result in harm to others or self-harm, such as when a person repeatedly bangs his head against a wall.

If the behavior restricts the child’s opportunities, causes distress or discomfort, impacts on learning, causes difficulties, or is in some way unsafe, they may need support to stop or modify the behavior, or reduce their reliance on it.

Safe Activities for Children with Autism

Safety is a prominent concern for any parent or caregiver of every child regardless of being on the autism spectrum.

Sensory-Friendly Tips for Children with Autism on July 4th

Holidays in general can be overwhelming and overstimulating for children with autism.