According to the CDC, boys are four times more likely to be diagnosed with autism than girls. 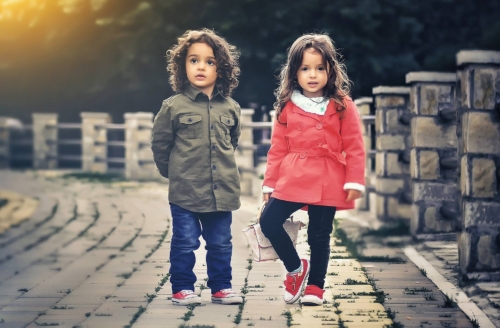 But does this mean that boys are more likely to have autism or does this mean that girls are just being underdiagnosed or misdiagnosed? Signs of autism in girls can be easily missed, especially in cases of high-functioning autism. The signs and characteristics displayed by children with autism is more easily recognizable with severe and problematic symptoms, often observed among boys. Therefore, boys get referred for diagnostic testing and treatment services earlier in development than girls typically do and are more often diagnosed. Autism in girls and autism in boys do not always look the same. In fact, recent research suggests that autism spectrum disorder (ASD) may look quite different in girls—so different, that it can be difficult to diagnose. It may not get noticed in girls until later teen or pre-teen years, when it becomes harder for a child to “cover up” their autism-related characteristics. As the gender differences among children with autism get more closely examined, many experts are beginning to observe that girls may be better at imitating socially appropriate behaviors and have fewer behavior problems than boys. This creates a masking of autism symptoms for girls that prevent them from being referred for services.

Autism or Autism Spectrum Disorder is defined as the broad range of conditions that include challenges with communication skills, social skills, motor skills, daily living skills and more. In the most recent study performed by the CDC, 1 in every 44 children are diagnosed with autism. Furthermore, boys are four times more likely to be diagnosed than girls.

How to Identify Signs of Autism and Evaluating Your Child

Having a child tested for autism spectrum disorder is only something that a qualified professional will be able to do. However, knowing the signs of autism can help you decide whether or not to seek further evaluation for your child. The easiest way to be able to determine if a child should have further evaluation for autism spectrum disorder is to know the signs.

Getting an early diagnosis of ASD is key for proper treatment and early intervention. With that in mind, what are the characteristics of autism?

Safe Activities for Children with Autism

Safety is a prominent concern for any parent or caregiver of every child regardless of being on the autism spectrum.

Sensory-Friendly Tips for Children with Autism on July 4th

Holidays in general can be overwhelming and overstimulating for children with autism.