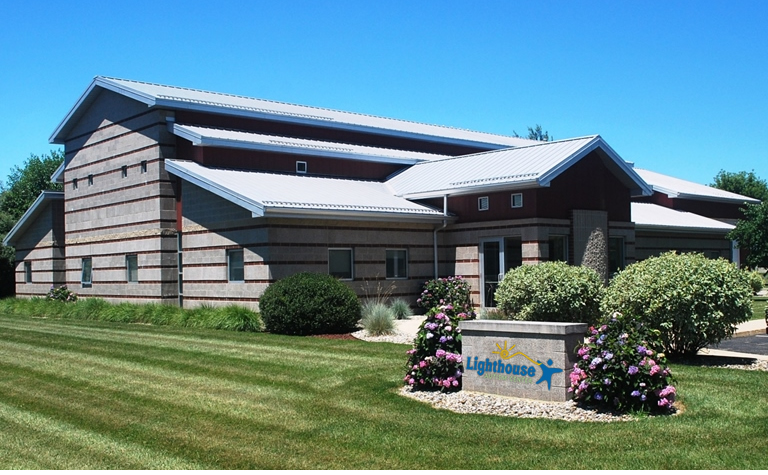 Lighthouse Autism Center provides center-based ABA therapy and speech services to families with autism in Plymouth, IN. Consistent with the mission of bringing ABA therapy to communities that need it, Gregg and Sandy Maggioli recognized a need for autism therapy services in Plymouth, IN and opened their fourth center there in 2015.

When you’re looking for autism therapy services in Plymouth, IN, you want to work with someone who understands your situation. That’s what you’ll find at Lighthouse Autism Center. Our founders, Gregg and Sandy Maggioli, have a son named Victor who was diagnosed with autism in 2003. They understand the struggle you go through as a parent when you are told your child has autism. That’s why they’ve created a center with quality autism therapy services Plymouth, IN, families can trust.

Until 2012, the Maggiolis held a variety of positions at an award-winning ABA center in Carmel, Indiana. That same center was recognized by the Excellence in Direct Care Award by the Autism Society of Indiana, in 2011.

As a quality, intensive ABA therapy provider, Lighthouse Autism Center is the only provider of center-based autism treatment in Plymouth that is operated by an award-winning management team. Gregg and Sandy Maggioli bring almost a decade of experience operating autism centers. They also are the parents of a child who has autism. They opened Lighthouse to provide hope for every child and every family.

The mission of Lighthouse Autism Center is to bring quality ABA therapy to the Plymouth community. When you come to our facility, you will see it is parent-focused and operated by parents of children with autism. If you’re looking for reliable, professional, compassionate ABA therapy in Plymouth, IN, let us help.

Despite knowing it was the right place for  her to be, Eric and I were both a nervous wreck. Never did we imagine our  daughter (who has stranger danger and had never been away from us)  would, within weeks, not shed a tear when dropped off . Within months she would run to her therapists without even looking back and after a year she  actually would do better during the week when she goes to school then she  does on weekends when she isn’t able to go.

How have you impacted Adam’s life? There are 3 areas that stand out to us and are in no particular order. Getting Adam to try any new foods outside his “home” foods continues to amaze us and we can’t help but shake our heads in bewilderment . Hands down you guys have gotten him to eat food we never could. Adam’s vocabulary has increased over 150 words when it comes to sign language. He continues to identify actions with words. Transitioning Adam to “big boy” underwear has been nothing short of amazing.

When we first toured LAC 18 months ago and met with Leila and Lisa I left in tears with so much hope and relief because we finally found a place that we knew could really help Ally. We never imagined that she would be at where she is today! The change in her is surreal to us and we’re just trying to keep up with her! Thank you so much Sandy for helping us navigate the insurance end of things or this wouldn’t have been possible! 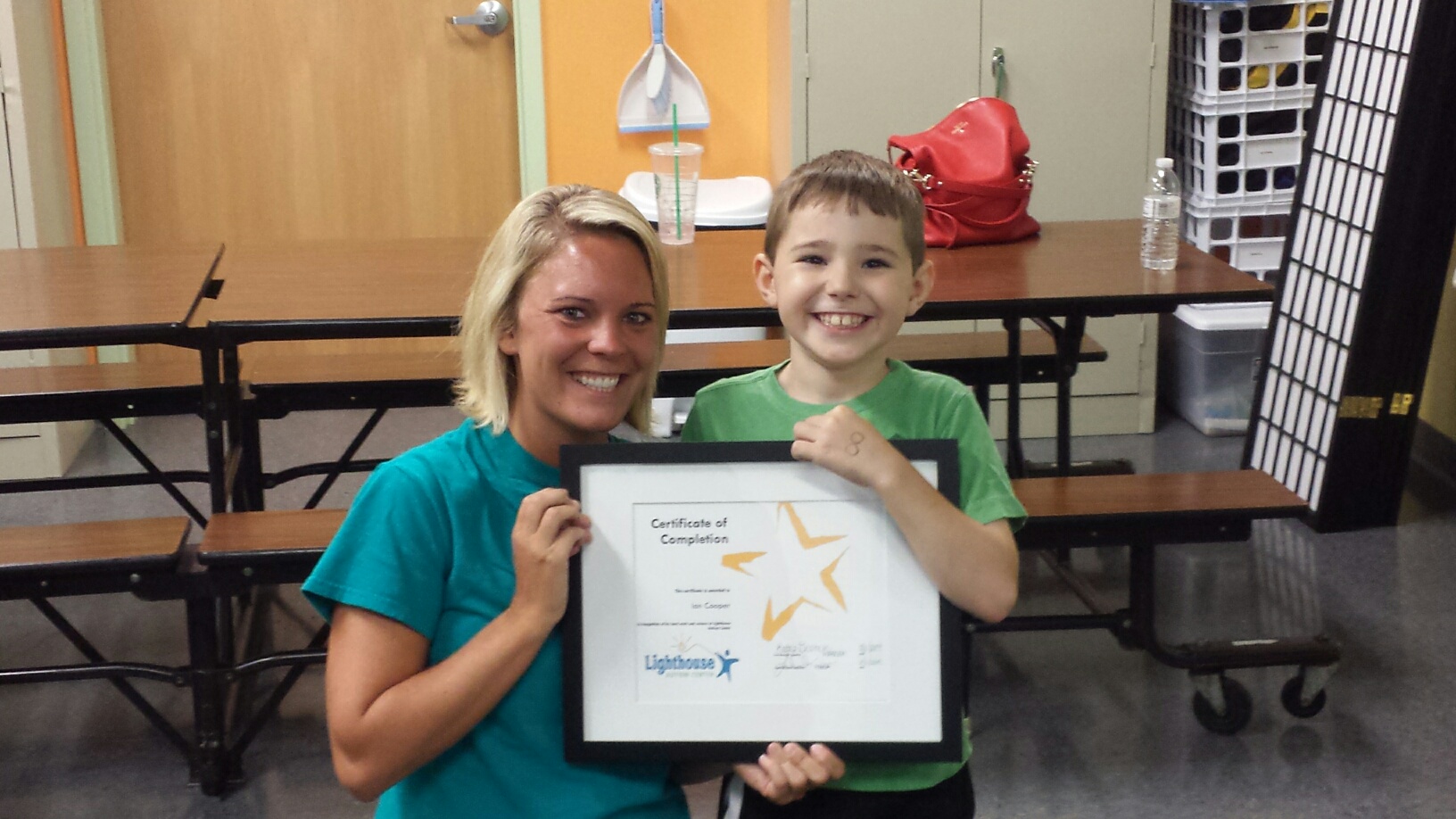 Ian was diagnosed with autism at the age of four, although he had already been receiving speech and occupational therapy for several years before. When he first enrolled at Lighthouse Autism Center a year later, Ian did not play with his friends and he often refused to do what his parents asked of him. After a year at the center, Ian had made great strides in gaining independence, staying on task, and answering questions.