When Sage first enrolled at Lighthouse two years ago, he was shy, didn’t make eye contact, and would only communicate by dragging people to items that he wanted. His first days at Lighthouse were also met with frequent problem behaviors including refusing to do tasks, throwing objects, and showing aggression towards others. Fast forward two years and Sage has made incredible progress.

“Lighthouse has provided us hope that Sage will lead a normal life. Both my wife and I will never forget the first time we heard Sage say….l love you Mommy/Daddy! Sage wasn’t talking prior to his enrollment at Lighthouse. Who knows where’s he be today without their efforts,” said Sage’s parents.

Sage does not engage in problem behaviors and has made great strides in communication and social skills. He can vocally communicate his wants and needs independently, and makes eye contact, responds to greetings from others, and enjoys participating in group activities like gym class and music class with his peers.

Sage’s Program Manager, Bri said, “It has been such a joy to watch Sage grow during his time at Lighthouse. He is incredibly smart and has such a fun personality. Sage has made tremendous progress during his 2 years here. He has worked hard to gain communication skills, social skills, independent living skills, and academic skills. Watching him learn so many new skills has been extremely rewarding.” Sage is currently preparing to transition back
to school and will enroll full-time at a local school this Fall! 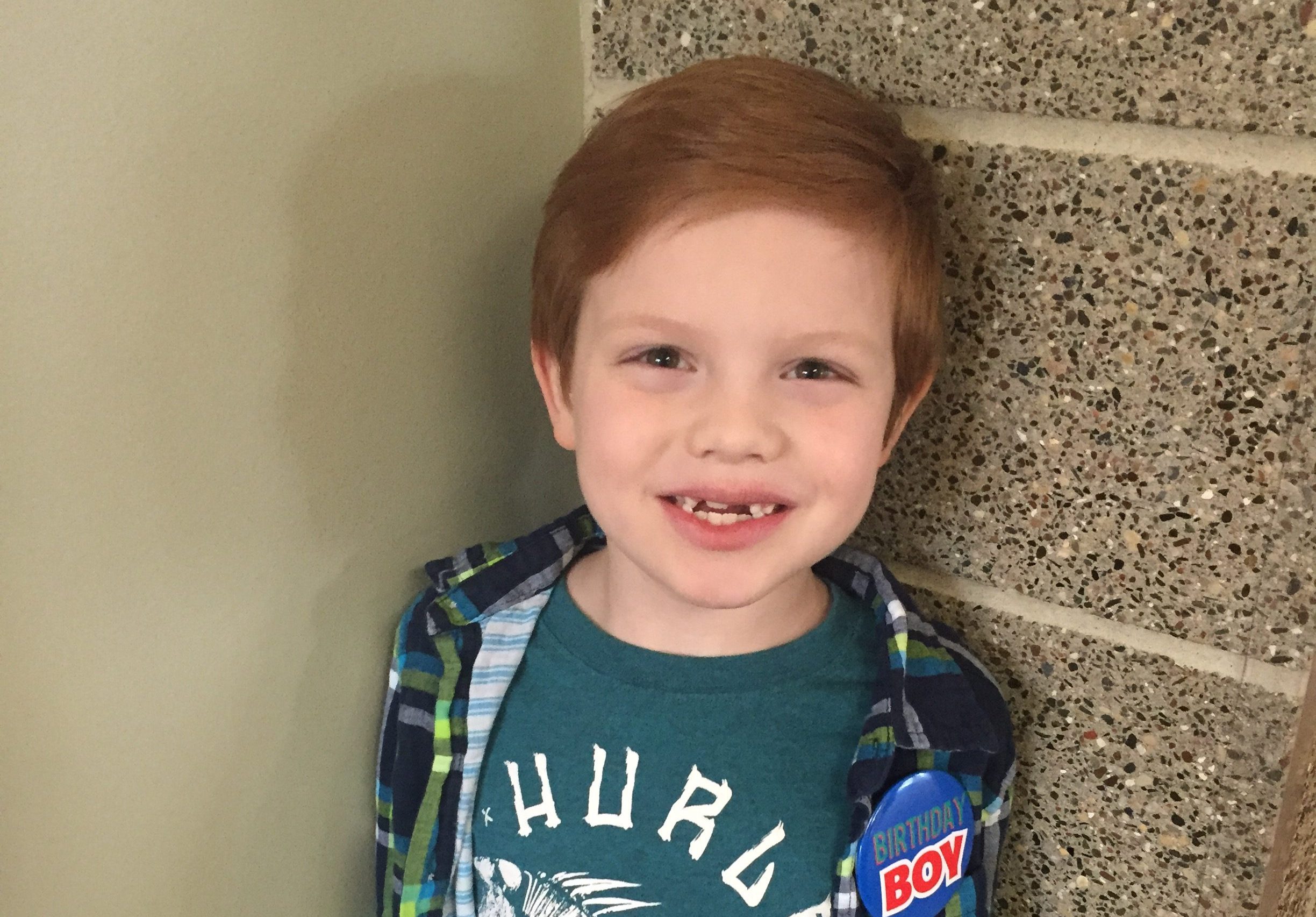 Avery enrolled at Lighthouse Autism Center nearly two years ago. When Avery first came to Lighthouse, he was a very different boy than he is today. “Avery was a very shy and quiet boy. He did not want anyone to look at him or interact with him in any way,” said his Program Manager. With consistent ABA therapy, supportive therapists and a highly qualified BCBA designing unique programs just for Avery, he has made huge strides in school readiness skills, social behavior, and daily living skills.

When asked about Avery’s progress, Program Manager and BCBA, Krissi Borkholder said, “Avery has made incredible progress. He can work independently, read at a third-grade reading level, has full conversations and even requests to play with his peers!” Avery continues to work on other school readiness skills such as writing short stories, typing, learning math concepts and working appropriately on group activities.

Avery’s parents could not be more happy with his progress. “We have had the opportunity to see him grow and blossom in virtually every aspect. Being able to see him come into his own and be able to express himself, articulate his feelings, and express his emotions has almost been like we’ve really gotten to know Avery for the first time. Words are not enough to express our appreciation to the incredible staff at Lighthouse for all of their had work and support along the way. 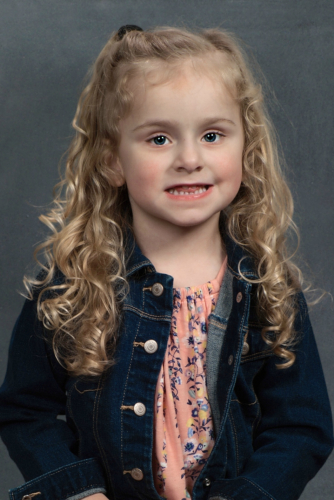 Cloe Herr has grown tremendously in her time at Lighthouse Autism Center.

When Cloe started at Lighthouse, she spend more than half of her day engaging in self-injurious behaviors. She ha no skills to communicate in any form and could not respond to any directions.

Cloe can also follow more than 20 different, vocal, multi-step directions. Furthermore, she can sit in a group setting independently with her peers and answer simple questions from the group leader during these group sessions.

It’s truly inspiring to see the improvements that Cloe is making her at Lighthouse Autism Center.

“Words cannot express how thankful we are for every single person at Lighthouse Autism Center,” said Cloe’s parents. “They’ve become a second family to us and it’s such a blessing to havve them right by our side for every milestone Cloe reaches- no matter how big or small. Cloe’s progress has amazed everyone, and we cant wait to see what she does next! There’s no doubt in our minds we have Cloe right where she’s supposed to be.”

Hunter has grown exponentially through the time he’s spent at Lighthouse Autism Center. When he first started attending Lighthouse, he preferred playing with smaller toys at his desk or while sitting. His ability to communicate was minimal, unable to use one to two-word sentences and gaining attention in inappropriate ways. But with help from our therapists, we’re starting to see changes in Hunter’s behavior. Now, he likes playing on the trampoline or playing chase. In fact, he often asks his teachers or
other adults in the building to chase him around or just to give him a few tickles. 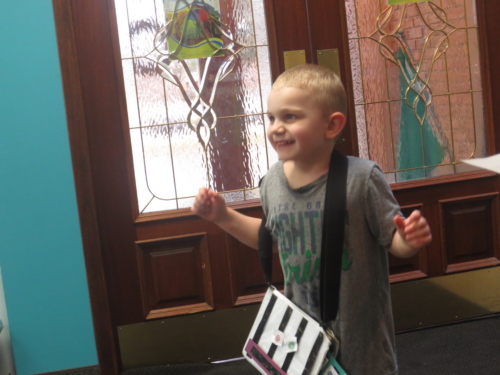 He’s mastered the PECS program and has started to use one to two-word sentences to ask for what he wants. He’s increased his ability to communicate and has learned appropriate ways to gain attention like tapping someone’s shoulder or saying their name. His behaviors are decreasing, especially flopping and head banging. We love seeing Hunter’s progress and are delighted to know his parents are seeing it too. “We’re truly blessed that we got Hunter into Lighthouse. We have seen so many changes and didn’t think it was possible for him to change in any way,” said Hunter’s mom. “He is finally using words and becoming a social butterfly! His behaviors are awesome compared to where they were. He’s opened up so much and we are
so thankful.”

In his two years at Lighthouse Autism Center, Joey has made incredible progress.

When he first came to Lighthouse, Joey rarely spoke and had difficulty vocalizing his wants and needs. He did not make eye contact, didn’t follow direction, and was not able to sit down without engaging in negative behaviors. His father, Dwight, said, “Before our son started attending Lighthouse, he was nonverbal. His vocabulary had only  a few words. He was not potty trained. He would not eat anything except dry cereal. When Christmas came each year, he would not open his presents. Joey was mostly locked in his own world.” His time spent with Lighthouse soon turned things around.

Now, Joey can speak in compete sentences, maintain eye contact, and answer 200 WH (ie. who, what, when, where, why) questions. He’s also able to read and spell over 100 kindergarten-level spelling words! Even more impressive, Joey has made great strides in his ability to follow 2-3 step instructions and can now sit up to 5 minutes without engaging in negative behaviors.

His parents are thrilled with his progress – and Lighthouse therapists are too! “Since attending Lighthouse, he is growing more and more every day! He doesn’t hold entire conversations, but he can say about anything he wants. He even sings!” said Melissa, Joey’s mother. “He has been at Lighthouse for only 2 years and has done so much more than we ever thought. We are looking forward to seeing how much he grows in the next years before transitioning him to public school.”