Center for Autism and Related Disorders (CARD) and Institute for Behavioral Training (IBT) today announced that they will partner to train first responders on how to approach and interact with individuals with autism spectrum disorder beginning in April for Autism Awareness Month. IBT has trained over 3,000 people across the United States and various countries since 2013. The free training titled, “Autism for First Responders,” will be presented in Fairport, N.Y. on April 30; Larchmont, N.Y. on April 30; Chicago, Ill. on April 23; Austin, Texas on April 26; Phoenix, Ariz. on April 28 and 29; Washington, D.C. on April 23; and in the following California cities, Sacramento on April 28, Fresno on April 25, Woodland Hills on April 24, Thousand Oaks on April 30, Tustin on May 1, Temecula on April 29, Riverside on April 28, and San Marcos on April 29.

According to the new statistics released by the Centers for Disease Control and Prevention (CDC) on March 27, 2014, one in every 68 children in America is diagnosed with autism spectrum disorder (ASD), with one in 42 boys and one in 189 girls diagnosed. As more children, teens and adults are impacted by ASD, more police and other first responders will have interactions with the population.

Individuals with autism may struggle to communicate, make appropriate eye contact or even respond to someone asking them their name. The behaviors that children and teens with ASD display vary greatly, which is why autism is described as a spectrum disorder. Parents and professionals agree that safety is a huge concern for everyone in this population as they may be easily distracted, lost or even elope from their school or surroundings. The “Autism for First Responders” training will enable emergency personnel to recognize the signs of ASD and react accordingly to minimize their own risk and that of the individuals with autism.

“Training first responders to recognize ASD is crucial,” said Cecilia H. Knight, director of IBT. “Helping a family find a child who has wandered away, protecting an adult with autism whose behavior is misunderstood, or helping a paramedic know how to interact when a child is injured can truly make a life or death difference. Recognizing the signs of autism and knowing how to react is key.”

The trainings will be hosted by CARD treatment centers across the United States. IBT’s training will teach attendees the signs and symptoms of ASD, how to communicate with individuals who appear to be affected by autism and tips for first responders who interact with individuals on the spectrum. For more information on the events or to set-up a training, please visit https://www.centerforautism.com/first-responders.aspx
For the original article see the link below

President John Kennedy once said, “To those whom much is given, much is expected.”

The definition of much is relative depending on the circumstances that one comes from, sometimes it is simply being able to give the necessities, such as a hot meal and being able to share it with others.

The families we served were very thankful and the experience was a gratifying one for all of us. Lighthouse will continue to support Hope Ministries with volunteer efforts and purchasing food for the mission.

If you would like to help us and Hope help the community please take a look at their list of Urgently Needed Items  and donate what you can today. They also are always in need of volunteers, find out more about volunteering here. 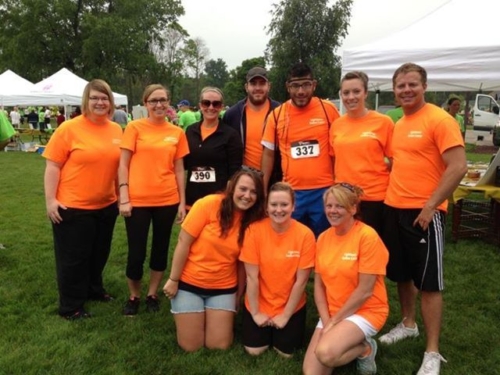 Some may say it was a perfect day for a race…

What started out as an event organized by two Adams High School students sprung from the love they have for their aunt turned into a rallying of the community on a personal and professional level. END_OF_DOCUMENT_TOKEN_TO_BE_REPLACED

Lighthouse Autism Center is coming to Warsaw and will be opening it’s doors on July 9th, 2013.

The center is NOW ENROLLING!

The Warsaw center will be located at 1535 Provident Drive, Warsaw, IN 46580 in the Bowen Center Building.

Lighthouse Autism Center (LAC) utilizes Applied Behavior Analysis (ABA), an intensive therapy that focuses on the principles and techniques of learning theory to help improve social behavior. ABA therapy helps to develop new skills, shape and refine previously learned skills, and decrease socially significant problem behaviors. Applied Behavioral Analysis (ABA) is the only Autism therapy that is endorsed by the US Surgeon General because of the decades of research supporting it.

ABA therapy at Lighthouse is conducted in a 1:1 setting (1 therapist working with 1 child). Each child goes through an in depth assessment conducted by a Board Certified Behavior Analyst (BCBA) and other clinical team members to determine their current skill set and what skills might need to be improved upon.

Give us a call today at 574-387-4313 to see how Lighthouse Autism Center can help your child with Autism reach his or her fullest potential.

Together we can make a difference for your child.

MISHAWAKA, Ind. — Some studies say as many as 1 in 50 children have autism. The Lighthouse Autism Center on Edison Lakes Parkway in Mishawaka is working to educate parents on the early signs of autism. Early intervention can mean a better outcome for the child.

When Lisa Del Prete, a mother of six, heard the word autism she says she was in denial.

She noticed her fifth child just wasn’t acting like the others, but she told herself to just “wait and see.”

Now she wishes she had taken action much earlier.

“I was scared. I didn’t want to tell anyone. I didn’t know what it meant. I didn’t even know who to call,” said Lisa Del Prete.

If you find yourself in this situation, please visit our Early Intervention page to learn about what signs to look for and what steps to take.